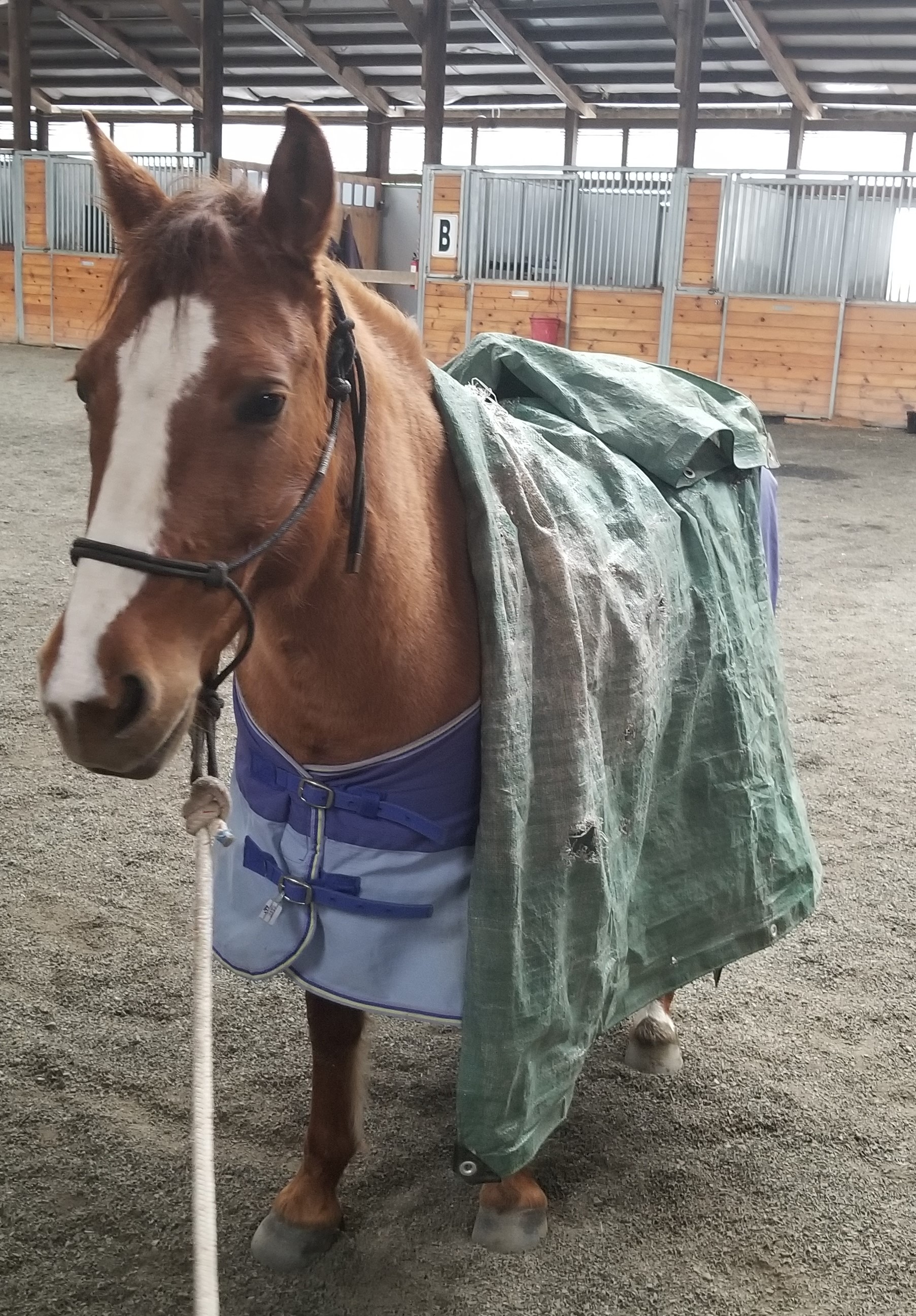 A sweet update from Kaya on working with Lacey, post-snow storm:

With snow falling off the roof of the arena, Lacey and I have been focusing exclusively on groundwork for the past few days. This is totally fine with me as we have a lot to work on! Today we went into the indoor arena (a place we very rarely go) and encountered some scary obstacles!

At first, the arena itself wasn’t too scary, but I could tell Lacey was almost walking on tiptoes waiting for something to jump out at her. She had no problem with the pool noodle obstacle, but the cat litter box on the corner demanded a lot of attention and snorting.

We moved past this pretty easily and went to the other end of the arena where there were voices and shovel sounds from outside. This was where Lacey started to get pretty nervous. I’ve been working on keeping my own calm in situations like this, so it was a great opportunity for both of us! After getting busy with hindquarters and front quarters, she settled down and started licking and chewing. Then the tractor started outside and we started all over. This was a bit more difficult to bring her back from, but in about five minutes, she was walking steady and about five minutes after that she was licking and chewing again, even with the tractor still making a lot of noise! After all this, Lacey was even more settled than when we first entered the quiet arena. It seemed like she actually looked to me for support, which was a big change from past incidents!

While the tractor was still running we went and played with the tarp which, to Lacey, is a fun toy rather than a scary crinkling monster like it is to other horses. When the tractor was quiet, we went back to the places she had spooked before and she maintained her playful, but not anxious mindset. After today, it is clear to me that we both need more successful moments like these so that we can both practice staying calm in unknown circumstances!